Spot the difference between Conchita Wurst, currently being reviled for offending Russian sensibilities and…

…some of Putin’s chums. 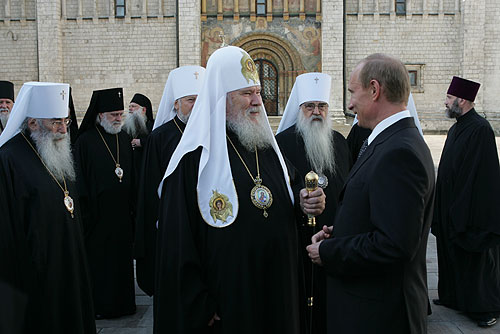 Moscow has banned a parade in honour of the Austrian winner of this year’s Eurovision Song Contest on the grounds that “it would provoke clashes between ‘gays and their opponents'”. Heartwarming to see the authorities are mindful of the danger to gay Russians from a homophobic society, or even those who champion the right to freedom of speech and assembly.

I usually avoid the Eurovision Song Contest, but here is Conchita Wurst’s winning number. If it gets Putin’s knickers in a twist, then it gets my vote.

1 thought on “Chaps in Dresses”