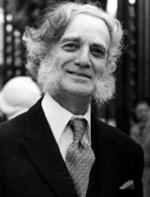 Carrying on the theme of the postcard poems – yearning for home – here’s a man who never left it. Norman Nicholson (1914-1987) is one of best poets you’ve never heard of. Largely unknown outside of Cumbria, he lived all his life in the small industrial town of Millom in West Cumbria. Better yet, he lived in the same house all his life. It’s now a cafe with a blue plaque outside. A few years ago I made the pilgrimage to Millom, hoping to drink a mug of tea in honour of the great man. Sadly it was Wednesday, early closing. Just like the title of his autobiography, Wednesday Early Closing. I should have guessed.

Here’s some background and a recording of Nicholson reading another poem.

Nicholson wrote with the love and perception of a lifetime about the people and the landscape he could never bear to leave. This one is my favourite.

At the Music Festival

‘He gev it Wigan!’ we’d say long ago
When our loved local baritone,
Rendering The Erl King or Ruddier than the Cherry,
Hurled his voice like an iron quoit
Clean into the Adjudicator’s
Union-Jacked box at the back. Never mind
If he was out of tune or muddled his words
Or finished bars ahead of the accompanist –
He’d won his marks, he’d done
What he set out to do; he’d
Given it Wigan.

The map of England
Was a small one then. London
Was Wembly; Blackpool was holidays;
Manchester was the Test:
All else, a blurred and hachured diagram
Of dialects and geology. We chose
Our bench-marks and points of reference within day-return
Of the one place we knew. It was
Barrow for ships, Whitehaven for coal,
Millom, of course, for men,
And Wigan for a damned good try.

So when, apprehensively, I
Go up for my last class and adjudication – the hall packed,
The audience tense, the examining pencil
Slanted on the un-marked sheet – then,
As I huff and grate and fill my lungs and eye
The once-for-all starting bell,
God grant me guts to die
Giving it Wigan.

1 thought on “Poem of the Week: At the Music Festival”